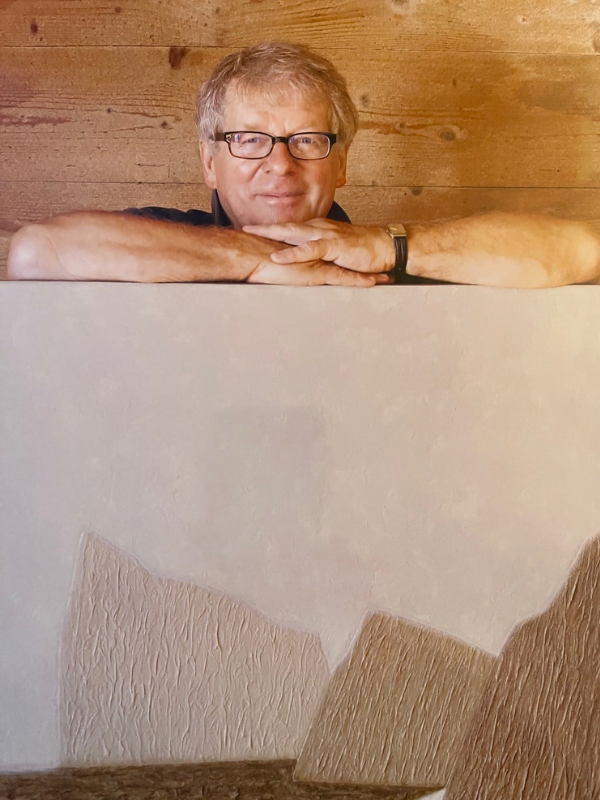 Jean-Louis Lebreux is the founder and director of the Musée Le Chafaud, in Percé, Gaspé. Originally from Grande-Rivière, he still remembers the first gift he gave himself when he was still a student: a small camera. From this interest in photography, he quickly developed a real passion. A passion that grew while he was working at the Centre Georges-Pompidou on the first major retrospective of the photographer Man Ray, where he had the chance to meet the widow, Juliet.

It was in Paris, during his days off, that he regularly went to the gardens of the Château de Versailles to photograph the sculptures – which led to his very first exhibition in Brunoy, south of Paris.

During his many travels, from Italy to India, Jean-Louis Lebreux never parted with his camera.

Since then, Jean-Louis Lebreux has photographed the Rock, seen from the Anse du Nord, at sunrise and sunset, at any time of day (but always at low tide) and according to the ever-changing light, in every season and in every condition, sun, rain, snow or fog. A bit like a painter who would like to capture the multiple metamorphoses of the same landscape.